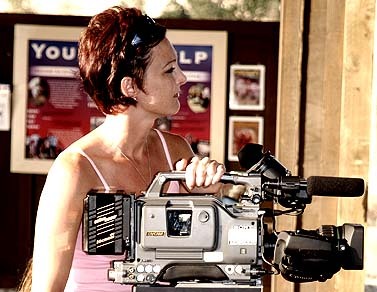 Sandra Mohr is a professional videographer, and editor with experience in Final Cut Pro, After Effects and Avid. She has produced creative, engaging visual content from concept to distribution.

She co-founded the media site www.FreeAnimalVideo.org which provides free stock video of animals to the press and public, and edited the documentary “Behind the Mask” about the Animal Liberation Front. “Behind the Mask” received several awards including “Best Documentary Feature” at the Independent Features Film Festival and The Other Venice Film Festival.

In addition to shooting and editing hundreds of videos to help animals, her company Mohr Productions, LLC produces programming and commercials for television, film, and the Internet.

She has also made promotional videos for some of the most famous people in the entertainment industry.